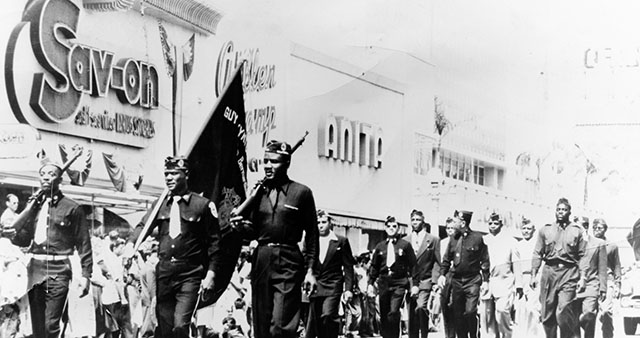 Margaret Hill talks about growing up in segregated Virginia and with civil rights sit-ins while she attended Norfolk State College. She discusses her move to San Bernardino where her brother worked at Norton and lived with his family lived, her first impressions of San Bernardino as a still somewhat rural community; and her experience with racial segregation in housing in the city. She shares stories about her job at Operation Second Chance and working with Frances Grice and details Frances Grice’s important contributions to youth empowerment, job training and school integration. She discusses the Black community’s response to Mayor Al Ballard after his resistance to integrating the fire department and after he discussed arming fire trucks after the riots, and shares her memories of working elect Bob Holcomb for Mayor and how he supported Operation Second Chance. She discusses France Grice’s leadership in the fight for racial integration in San Bernardino schools, in helping San Bernardino win All American City and in working to alleviate poverty as part of the Dependency Prevention Commission’s work in the War on Poverty. She talks about her time as a teacher at San Bernardino High school in the 1970s where she served as an advisor for the BSU, her work as an administrator with San Bernardino city and county schools, and her decision to run for the San Bernardino School Board where she served from 2011 until she passed in December 2021.