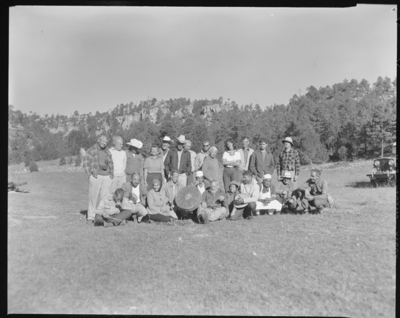 A group of twenty-four people at "Base Camp"