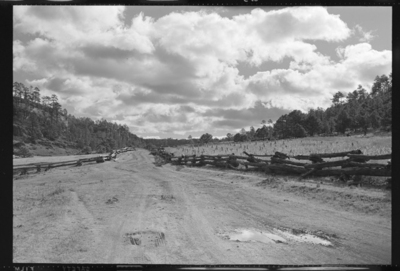 landscapes, views of dwellings, “road from Chicuacua to Creel”, a tiny church, and a group of locals at a ranch.