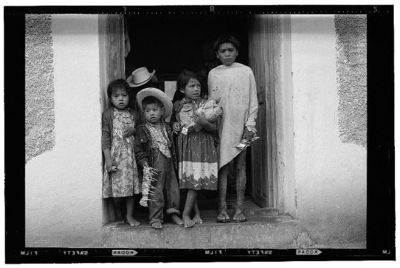 Howe’s notation on the original enclosure reads “Tarahumara boy at Samachicque” but the negative in the enclosure is a photograph of a group of children. One of the boys is the same one as in ASA001-1306 – 1308.